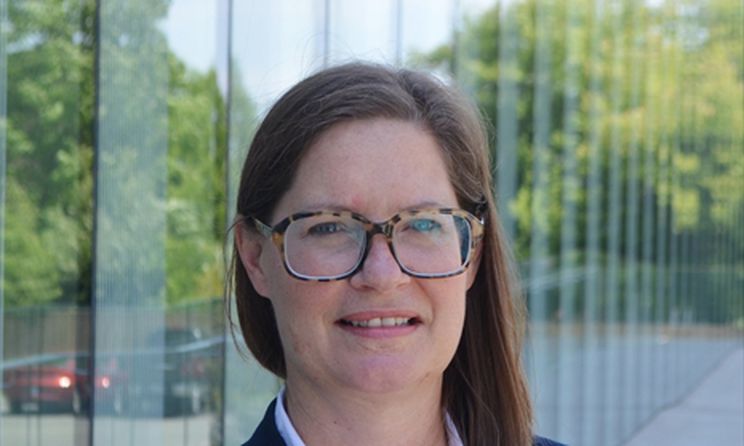 After nearly seven years at the helm of Flamborough Connects, Amelia Steinbring is retiring.

Steinbring, who took over from Shelley Scott in 2016, said the time is right for the organization to make a change as it embarks on a new strategic plan. She will stay on in her role until the end of December.

“The organization is in a really great place,” she said. “I took this role on knowing there was going to be an opportunity to explore new opportunities for the organization and be creative.”

Steinbring, who was the co-ordinator of the Age Friendly Guelph leadership team and had a background in adult education prior to taking the Flamborough Connects role, said the organization was preparing to undergo a significant change when she took over. Known as Flamborough Information and Community Services when she took over — Flamborough Connects had just moved into its new space at the Waterdown branch of the Hamilton Public Library when she began her tenure and the organization rebranded and unveiled a new logo under her leadership.

In addition, Steinbring said the organization had previously focused on seniors programming, but with the advent of the seniors centre at the library, the city took over much of that work. As a result, they refocussed efforts on rural seniors to ensure they had access to programming.

Steinbring said she is proud of her work as executive director and thanked the Flamborough Connects board — particularly chair Donna Czukar — for excellent leadership, governance and adaptability. She also thanked the staff and volunteers, noting the organization has an excellent team, adding she is proud of the strong connections she made with the community and different levels of government.

“There’s lots more that I’d love to do, but at the same time it is an ideal time to make that move,” she said. “It’s something that I’d planned to do anyway, so I’m glad that it’s come together with a really precise road map for the next (executive director).”

In terms of what she is most proud of from her tenure, Steinbring said it is all about people.

“Volunteers particularly,” she said. “I just love working with volunteers and promoting engagement in community.

“What I’m most proud of is bringing people together and helping to ensure that the entire community — all of the local organizations, whether it’s service clubs or charitable organizations — that I’ve helped facilitate connections that have made a big difference in people’s lives.”

Steinbring and her husband recently sold their Campbellville home and moved to Burlington, but she plans to focus on her volunteer work — and remain active in Flamborough with Village Theatre and the Carlisle Optimist Club’s Learn to Skate program.

“It’s been a great experience and I’ve really enjoyed becoming a part of this community,” she said. “I really do feel like I’ve been a part of the community and I’m not going to be far away.”

Steinbring said there will likely be a transition period with the next executive director and she will be there to support whoever takes on the role.

“It’s a great job — it’s probably the most fulfilling career move I ever made.”

The Flamborough Connects board is actively recruiting an executive director to implement the 2022-2025 strategic plan and beyond, with a focus on three pillars: drive collaboration, deliver impact and diversify funding.

Applications will be accepted until Sept. 23. For a complete job description and qualifications necessary to be successful in the role, visit www.flamboroughconnects.ca/about-us/careers.

Signup for our periodic newsletter to keep you up to date!

Bringing people and resources together for 45 years

Get active in 2023 with Flamborough Connects

Happy New Year from Flamborough Connects! With the new year comes resolutions to get fit

Get in touch with us!

We are located at:
163 Dundas Street East,
Waterdown L8N 2Z7